Petting dogs in games is old news: in boomer shooter Ripout, you can pet your gun 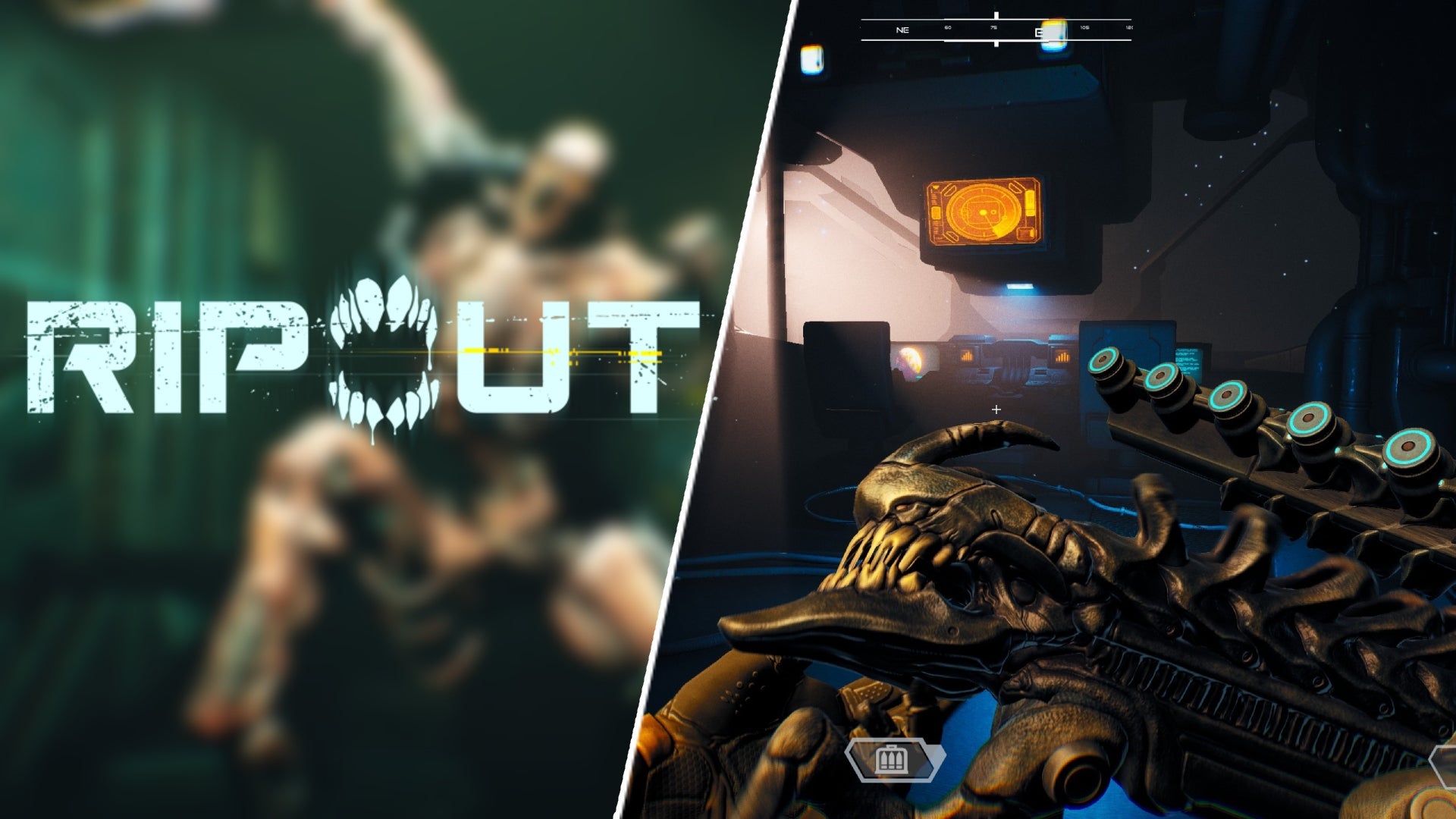 Ripout’s standout feature is not the retro-future 80’s aesthetic. It’s not the excellent gunplay, or the way little aliens that scurry around its industrial spaceships before attaching themselves to bigger aliens and coming to kill you. It’s not the looter shooter aspiration, nor is it the rogue-like setup of its levels. No, it’s the gun. Your gun. Your pet gun.

That’s right, your gun is alive – and it’s not something incessant and irritating like your Johnson in Shadows of the Damned, or those endlessly quipping lunatic firearms in High on Life. Your gun is better; more ‘man’s best friend’ than ‘obnoxious bellend’. In Ripout, you wield a little pet alien, resembling something somewhere between a shrunken-down xenomorph and gothic gargoyle, that fires bullets from its maw and snatches body parts off grotesque aliens. And you can pet it, if you feel so obliged.

This living weapon is at the center of everything Ripout is doing. The game, a self-confessed boomer shooter from a team of developers that take rich inspiration from 90s shooters, is a gameplay-first effort that has no cutscenes, no cinematics, and no “fluff” (per the creative director, Goran Rajsic). Instead, the 10-person strong development team has focused all its efforts on the shooting, the level setup, and – of course – your gun.

Though you may look at the gameplay demo embedded above and think “oh, it’s like DOOM!”, Rajsic reckons it’s more comparable to Doom 3 or Quake. The game, which can be played in multiplayer co-op, is more of a tactical shooter than a run-and-gun rampage.

This is where your pet comes in: on each of the randomly generated ships you find, you’ll find little alien creatures roaming about – if you send your pet gun to fetch these creatures, you can use them as weapons. Some turn into a strong melee claw you can use to knock enemies back, some eject swarms of heat-seeking biological missiles. Pick one up, and it’s like you’re dual-wielding living alien weapons. It’s sick.

To move through the ships and help rescue humanity from the alien threat, you’ll need to focus on aiming your pet at weak spots on enemies: mutants can have limbs and armaments ripped off them, and if you want to survive in this tough game (the difficulty scales depending on how many people are playing), you’re going to want to debilitate your enemies as much as possible. You’re also going to want to make sure those little critters roaming around don’t attach to the mutants. Because that’s going to make life real hard for you.

“There are no bosses in the game,” Rajsic tells us. “We wanted to use combinations of critters, instead.” There’s one mutant – a big bastard – that will be able to throw your pet back at you if a certain type of alien attaches to it. There’s another that can effectively blast you with explosives once it merges with the mutants. You need to be careful, and you need to use your pet to snatch aliens before they power up your enemies too much.

“It’s better to collect the aliens, so that the enemies don’t,” explains Rajsic. “Because they become very difficult to defeat once they’re powered up enough.” This is demonstrated right in front of us when he – a lead developer on the game – dies almost immediately when one of the bigger monsters appears with a couple of alien upgrades glued to its body. It teleports behind Rajsic, and kills him.

The upside? We get to go back to the hub ship and inspect the gun again. On each run, you can parts for crafting as you explore. The game is part-looter shooter and part-roguelike, with quite a lot of items sticking with you between runs. This means – great news! – you can upgrade your pet and make it even more powerful, even faster, even better. Maybe even cuter (if you find horror from the likes of Alien, The Fly, and The Thing cute, that is).

“We have a lot of unique animations, and we’re still working on making the pet feel more alive,” Rajsic tells us as we pet the little fella. It wriggles its mandibles and trills. I can’t wait to see it rip another alien apart.

Ripout is doing lots of really cool stuff, and in a world where boomer shooters keep on gaining in popularity and getting better, it has a chance to stand out as something really special. Ripout will launch on PC, PS5, and Xbox Series X/S in 2022.